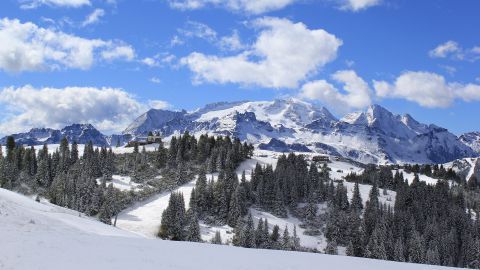 Alta Badia by itself, with its groomed slopes, modern mountain lifts, cosy Alpine huts and specially equipped entertainment areas, is able to satisfy the requirements of any skier, but if considered as an integral part of Dolomiti Superski, the world's largest skiing area, Alta Badia offers truly endless possibilities for skiing and snowboarding. Thanks to its strategic location and convenient connections, Alta Badia easily allows to explore the neighbouring valleys, such as Val Gardena and the Valley of Arabba-Livinallongo (both reachable on skis), as well as the skiing area of Kronplatz / Plan de Corones (connected with Alta Badia by a free ski bus shuttle) – all of them with just one single Dolomiti Superski skipass.

One of the best ways to discover different areas of Dolomiti Superski is to try the various ski tours, accessible directly from Piz la Ila. The most renowned route, famous for its convenient connections and for the beauty of the surrounding landscapes, is certainly the tour of Sellaronda around the impressive Sella Group across Alta Badia, Val Gardena, Val di Fassa and Arabba. The Great War Tour will take you, instead, through the skiing areas of Arabba, Marmolada, Civetta and Cortina d'Ampezzo (in the part of Fedare, Averau and Col Gallina) on the tracks of the First World War. Another noteworthy route through the scenery of rare beauty is the Tour of Lagazuoi, which also includes an unusual experience of horse-drawn transfers to the skilift of Armentarola.

These are only some examples of the numerous ski routes available in the immense skiing area of Dolomiti Superski – try them or let your fantasy create a ski tour of your own across the splendid Dolomites!
Back

The owner of the Rezia Hotel, Werner Crazzolara, shares the passion for historic vehicles and it can be perceived right from the entrance – the elegant spirit of vintage cars in Rezia is in the air.
Find out more... 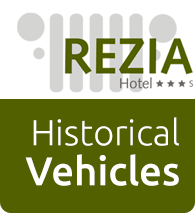